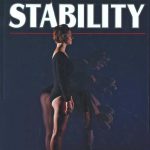 This book presents an approach to treating low back pain that is different from what you’ve seen before. I’d like to present a brief story to illustrate my point. One of the editorial staff who worked on this book had experienced severe back problems for over a quarter century. Only a few months before he saw this manuscript, he had completed a 12-week intensive weight-training program that he had hoped would help his back.

It provided some relief, but not a great deal. After he had read the manuscript, this person began employing just a couple of the very elementary principles described in chapter 4 (specifically, hollowing his abdomen and intentionally tightening his multifidus muscles). He did not even do any of the exercises-he just practiced abdominal hollowing and multifidus tightening as he sat at his desk, or in his car, or as he walked through the supermarket. A month after he began this very minimal effort, he reported to me that his sharp sciatica pain had declined about 80% and that his periodic minor (but quite distressing) bowel incontinence, caused by impingement of vertebrae on a nerve, had declined from about a dozen episodes per week to about one every two weeks